Expanding the realm of re-imagination: looking beyond South Africa to…Ethiopia

Possibly running the risk of over-use, ‘re-imagining’ has captured the keystrokes and the voices of corporate, public and social organizations. From how I understand it, the phrase seeks to capture a spirit of pushing beyond the normal way of viewing or addressing an issue. 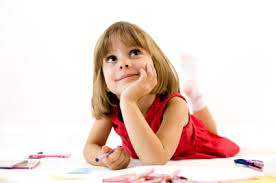 A recent collection of essays done by McKinsey talks about re-imagining South Africa and what it takes to help the country transform. I’d look to push this exercise in re-imagination further and ask where else outside of South Africa should we be looking at?

The reason why I say this and the reason why it matters is that other countries are now competing with South Africa for economic power, with Nigeria’s GDP now appearing to be larger than South Africa’s. Yet, outside of Nigeria, another country that comes to mind is Ethiopia. Yes, Ethiopia.

With a population of 94 million people, almost twice the size of South Africa –  Ethiopia, if it can address challenges around infrastructure and health – holds great potential for businesses. And businesses are starting to notice. Take for example, Aliko Dangote’s 500 million investment in the country.

Pushing our thinking further, in the same way that mobile phones has helped many African countries ‘leapfrog’ the need for landlines, how can social enterprises, like off-the-grid enterprises, help Ethiopia drive forward its economic growth even faster while transforming the days and nights of its citizens?

I remember visiting Harar, a small city  in Ethiopia, and seeing donkeys drive carts beside cars while small shops sold fruits and vegetables on the street. How could agricultural-oriented social enterprises improve the productive of farmers in this city and indeed, the entire country?

Of course, South Africa is a major global actor, and with its own challenges on decreasing competitiveness,  the need for thinking differently and pushing beyond conventional ideas is needed. And of course, a better and improved South Africa is likely to be a positive thing for the rest of Africa.

However the re-imaging of countries that are given less attention, while holding great promise – it is this expansion on the boundaries of re-imagination that at least in one nuanced way, truly tests the spirit behind the phrase.

This entry was posted on June 7, 2015 by shanelheywood in Africa, BoP, Business and tagged africa, agriculture, developing world.