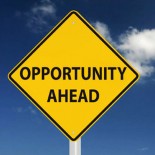 The Wire: improving remittances to the developing world

From the parable of the Prodigal Son to songs in Reggae music, a common narrative exists about a youth, departing the childhood home and squandering precious funds abroad.

However, outside of this narrative is a compelling everyday truth in which many have left home to work abroad – sometimes in precarious situations – in order to support family and friends. Many of these migrants – from countries like India, China, and Mexico – send money home regularly, helping to play a major role in supporting their native lands.

On average, the cost of sending money to a person’s home country is 9%. In other words, for every $100 sent, only $91 makes it. Clearly, a more ideal scenario is one where more of the money that is earned abroad arrives home.

The second challenge is that banks have become reticent to continue acting as agents for money-transfer businesses due to regulatory challenges on the rigour of anti-money laundering measures. Thus, for an increasing amount of banks, there is concern around facing prosecution.

If the promise of remittances as an additional tool for development is to be fulfilled, then what are some ways in which the challenges could be addressed?

In terms of driving down transaction costs, each percentage point of transaction costs lowered could deliver $3.3 bn more to recipients. As outlined by McKinsey, lower costs could be achieved by enabling the spread of mobile phone payment systems that have literally transformed the lives of millions of the poor, unbanked population in the developing world. Additionally, if exclusivity arrangements between money transfer organizations and post offices were removed, competition may also drive down costs.

For money laundering, leaders across the public and private sector have a chance to collaboratively determine better rules around the remittance process. From here, transfers can occur in a regime less prone to abuse, while retaining the ability to empower households. In this, the Kenyan government, regulators and Safaricom are positive examples.

Of course, the above are not ‘low-hanging fruit.’ Much stakeholder management and collaboration will be required before these policies may come into place; yet, they offer an appealing path to better equipping a set of tools for changing lives.

2 comments on “The Wire: improving remittances to the developing world”